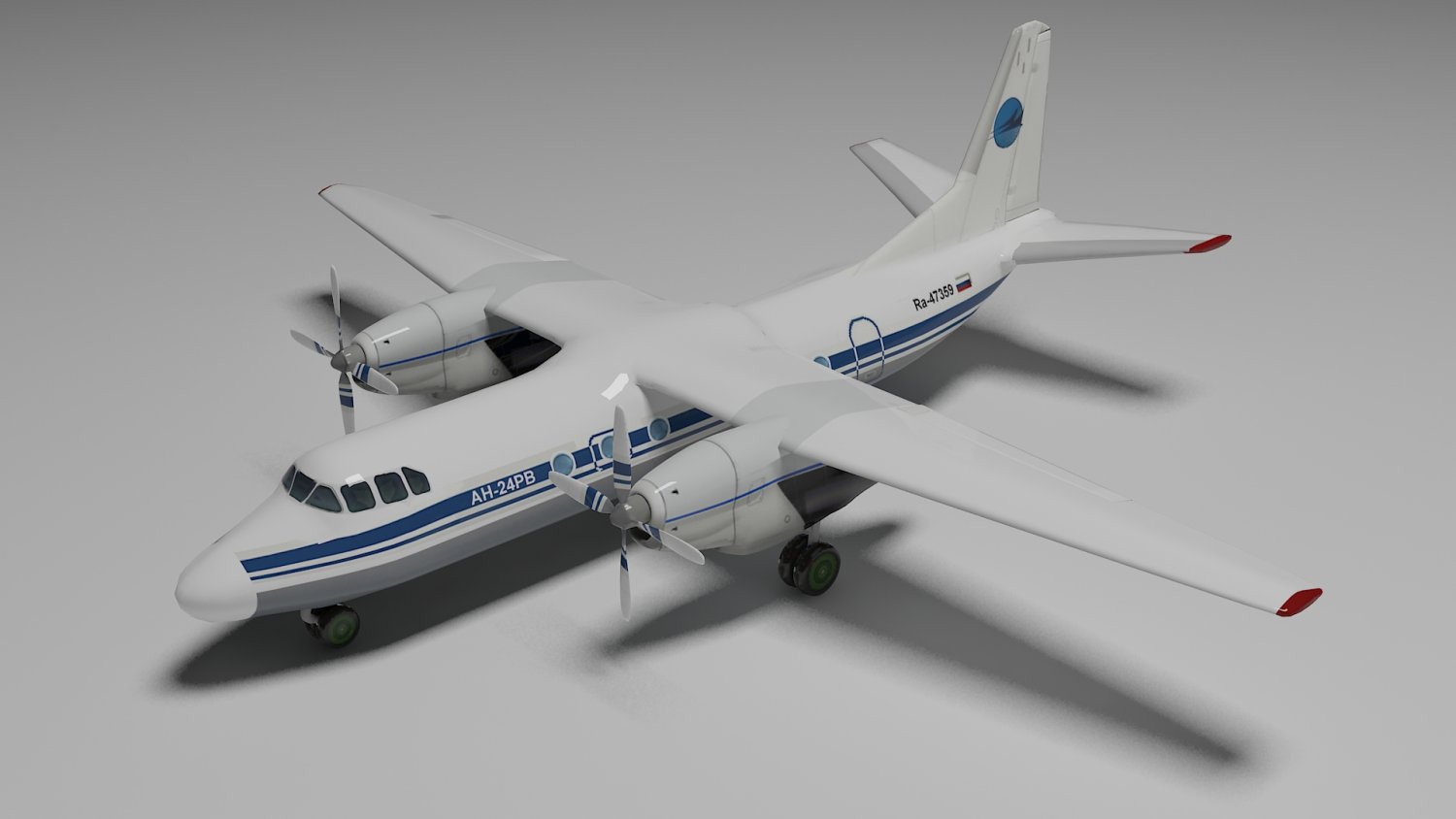 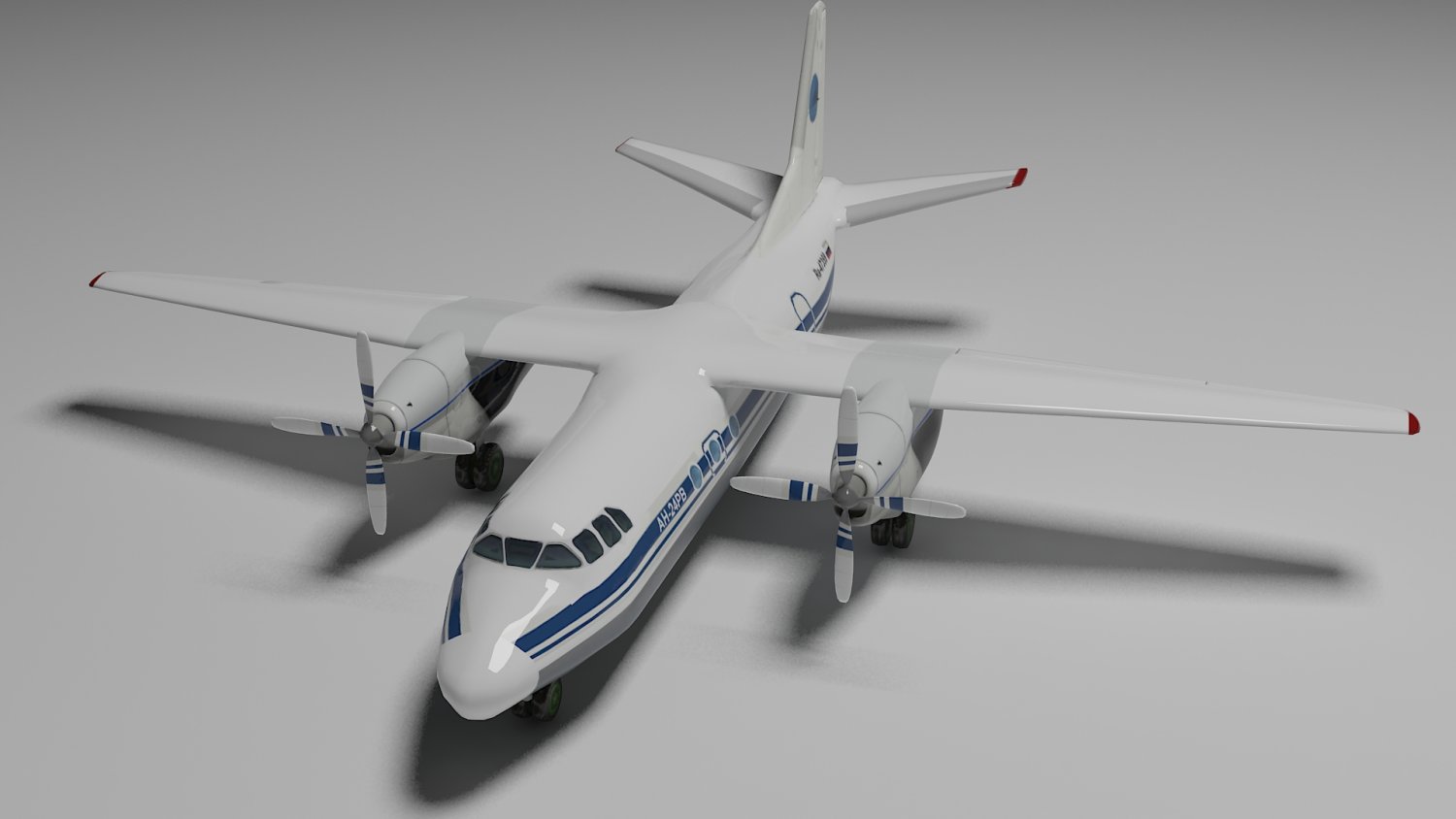 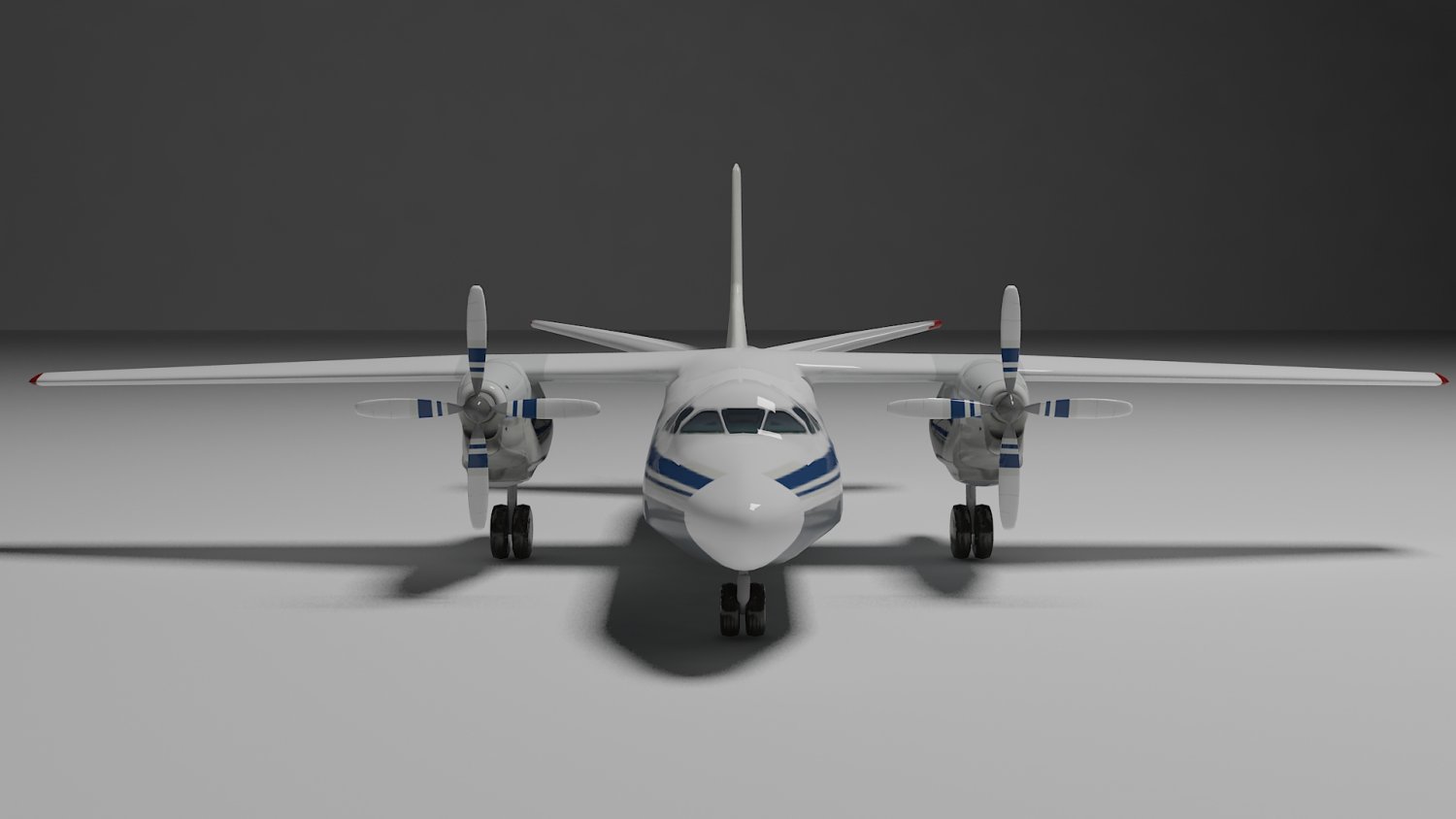 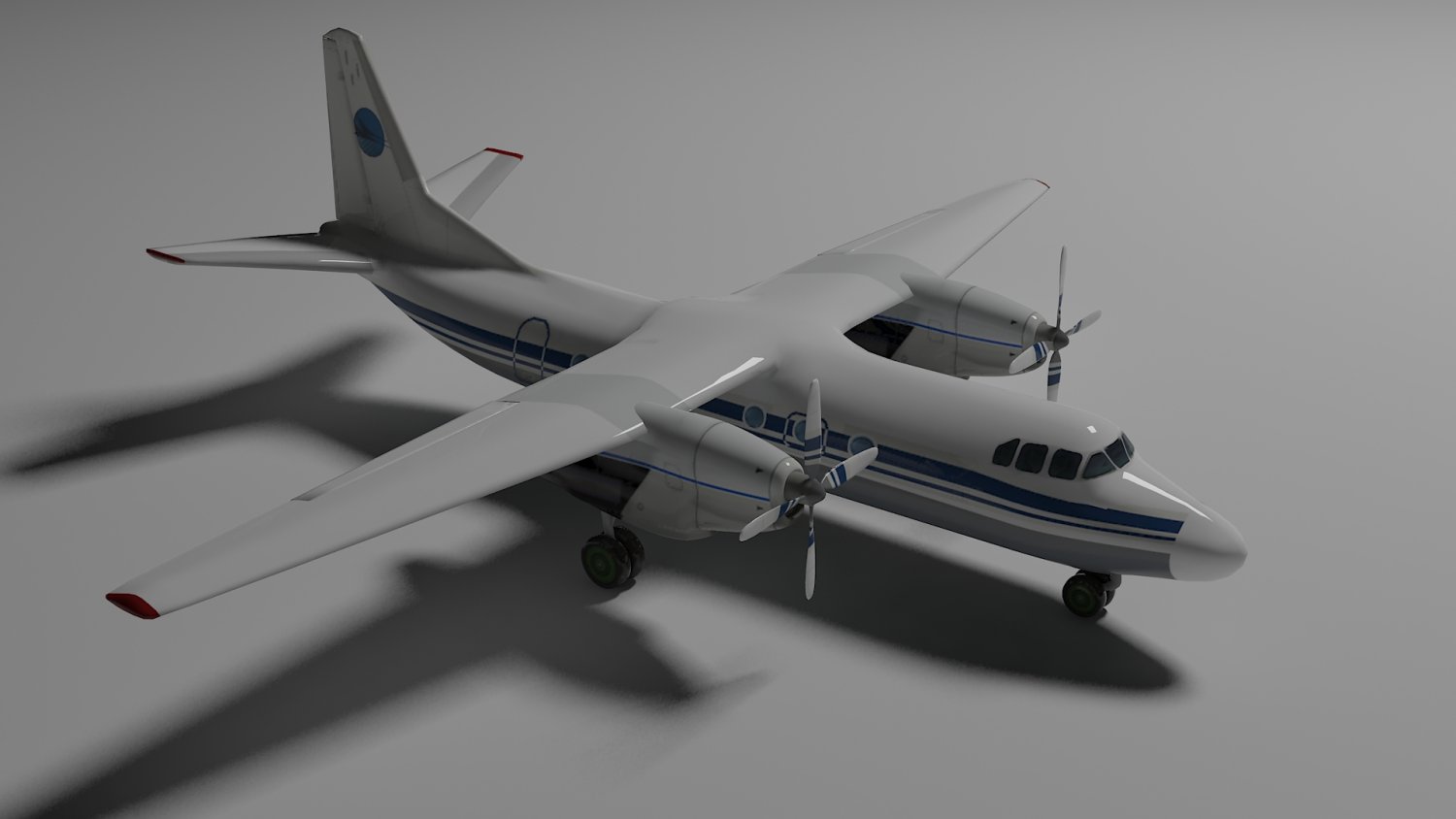 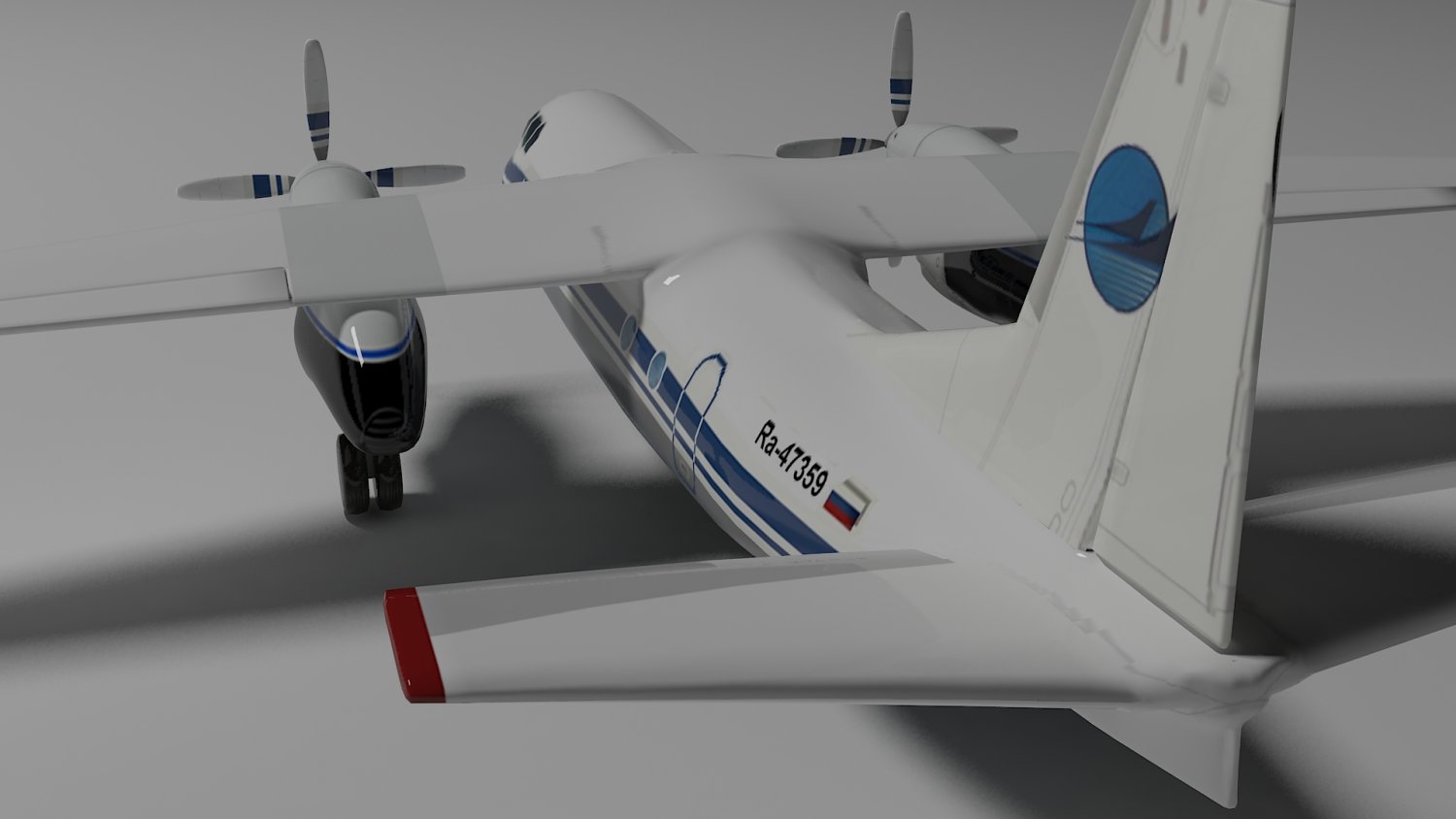 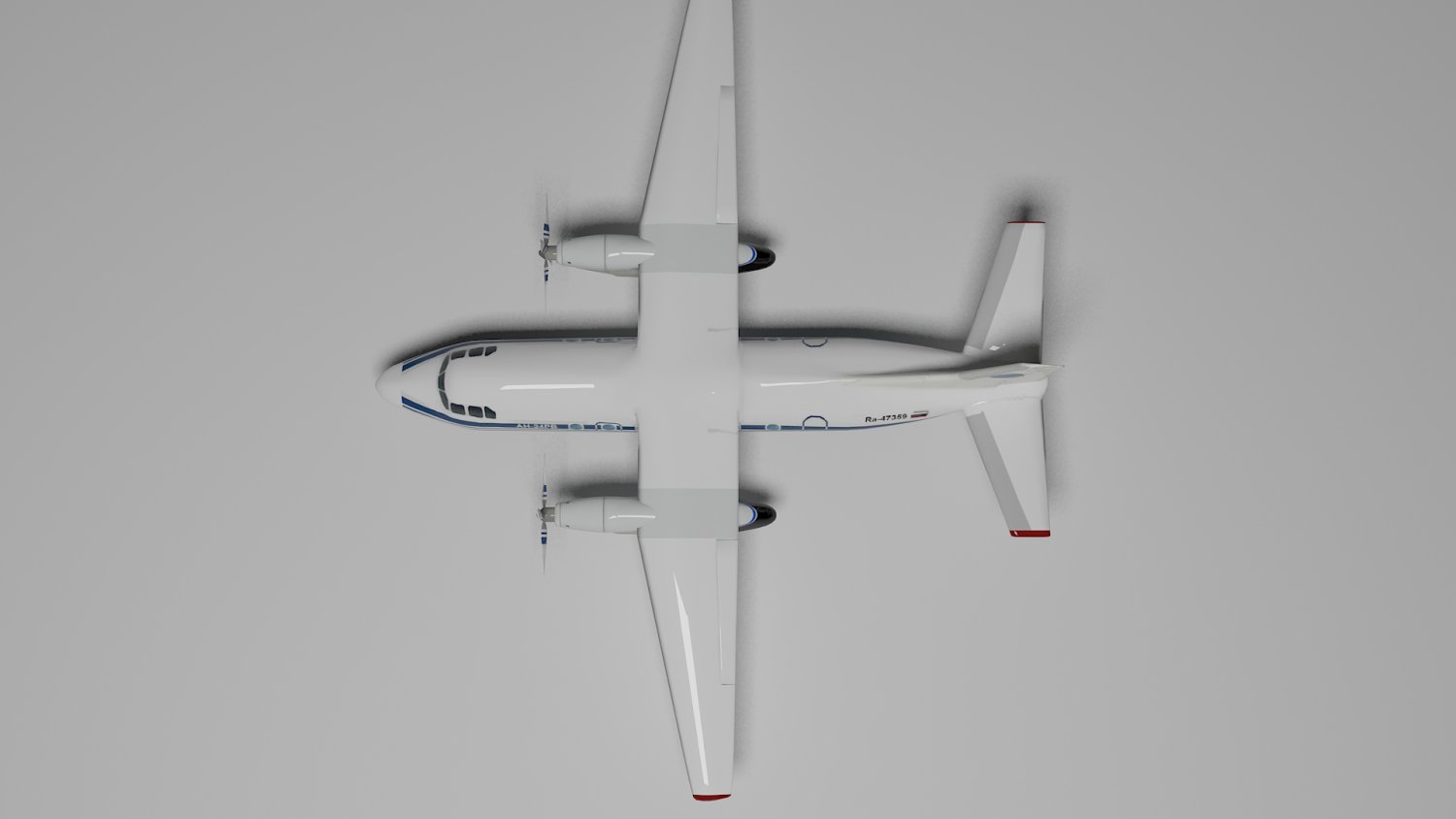 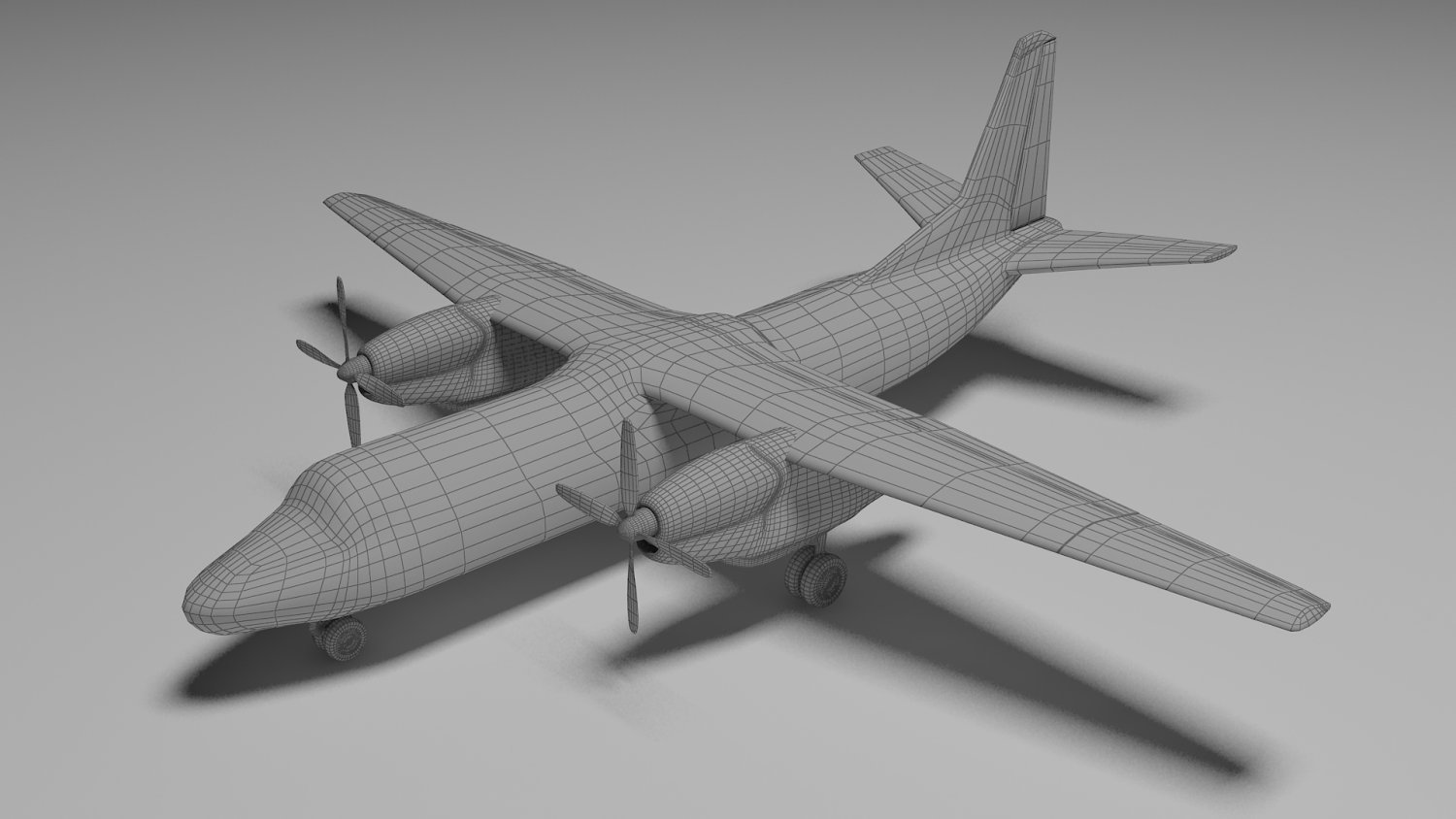 The Antonov An-24 (Ukrainian: Антонов Ан-24) (NATO reporting name: Coke) is a 44-seat twin turboprop transport/passenger aircraft designed and manufactured in the Soviet Union by the Antonov Design Bureau from 1957

This model has some animated details (ailerons, flaps, screws, helms, undercarriage and manhole). Textures and materials are included into the supplied set. The model is available for downloading in 6 most popular formats. Render Vray 2.1 was used. The model is created in 3Ds Max 2012