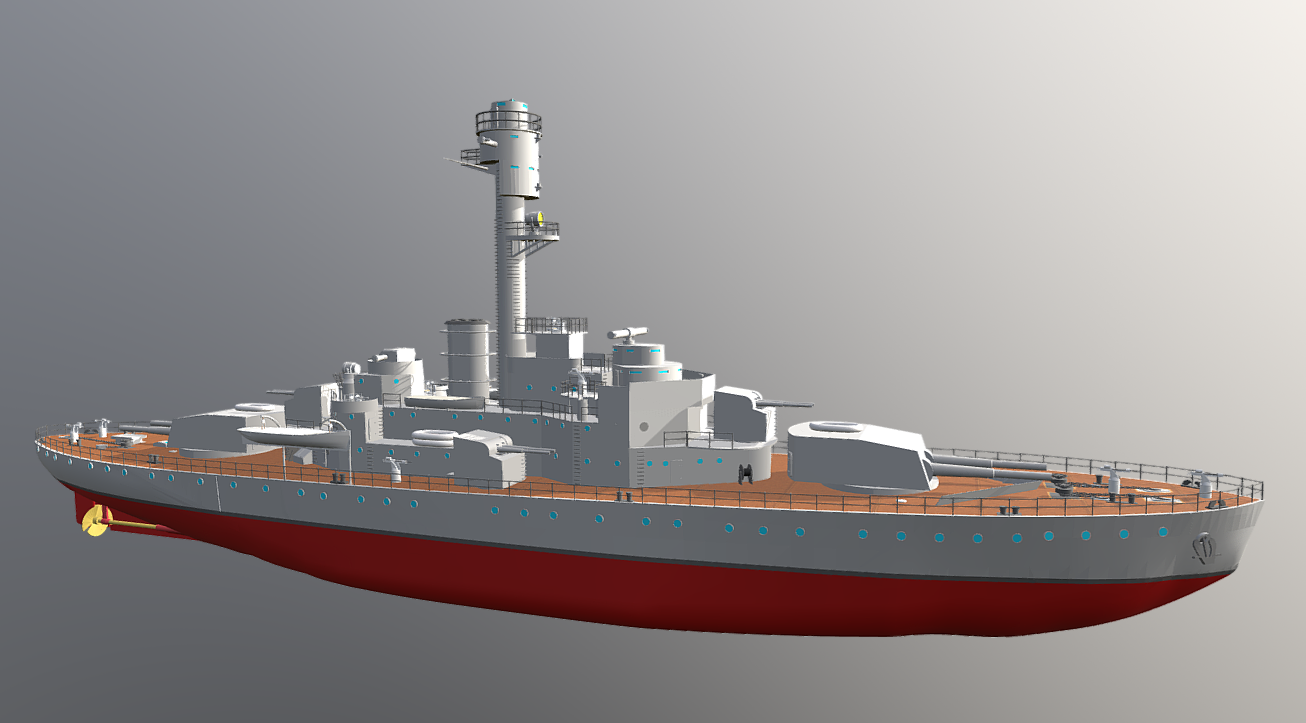 The Väinämöinen was a coastal defence vessel designed and built for the Finnish navy during the interwar period. She was ordered in August 1929 and launched in April 1932 finally being commissioned in December 1932. During the winter war Väinämöinen and her sister were transfered to Turku to provide aa assistance against soviet bombers, then in the continuation war used their main guns against the red army during the red red army evacuation of their base at Hanko. The ship was eventually handed over as war reperations in 1947 to the Soviet Union.