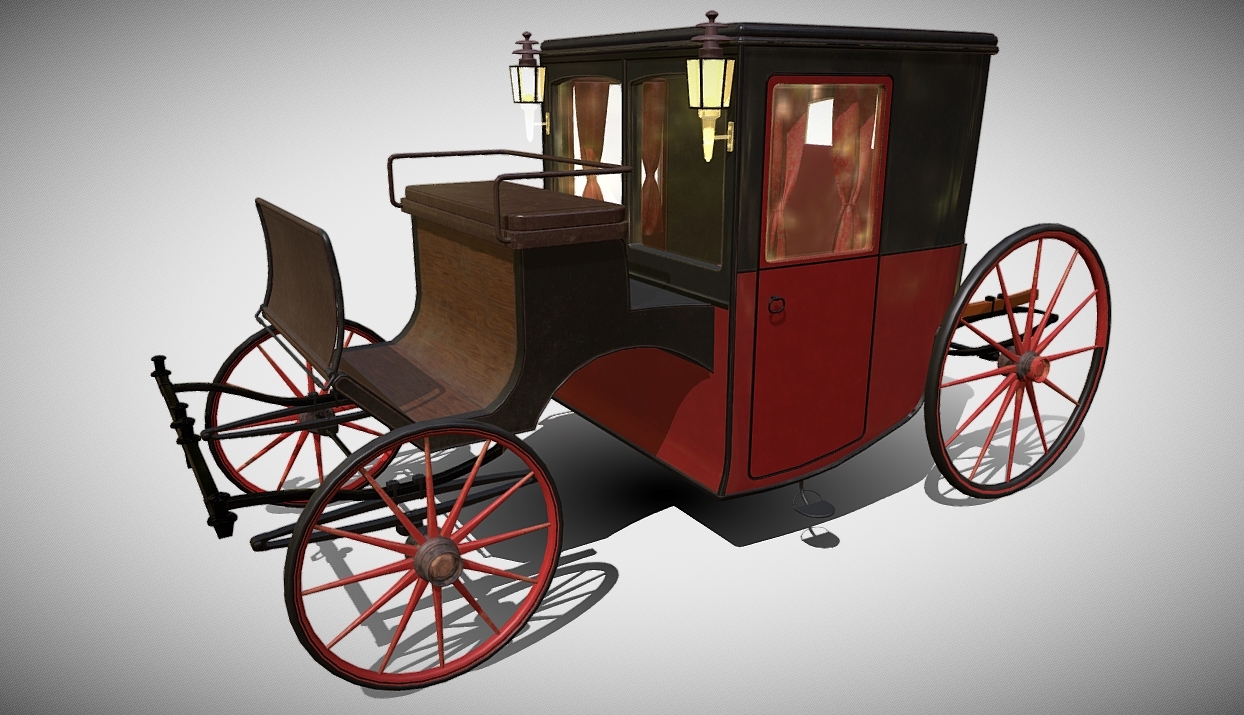 Brougham is a light four-wheeled horse-drawn carriage built in the 19th century. It was named after Lord Brougham, who built this carriage to his specifications around 1838.

An omnibus is a large, enclosed and spring-loaded horse-drawn carriage used to transport passengers before the advent of motor vehicles. It was used mainly at the end of the XIX century both in the USA and in Europe and was one of the most common modes of transport in cities.

These self-contained props have adjustable wheels and doors.