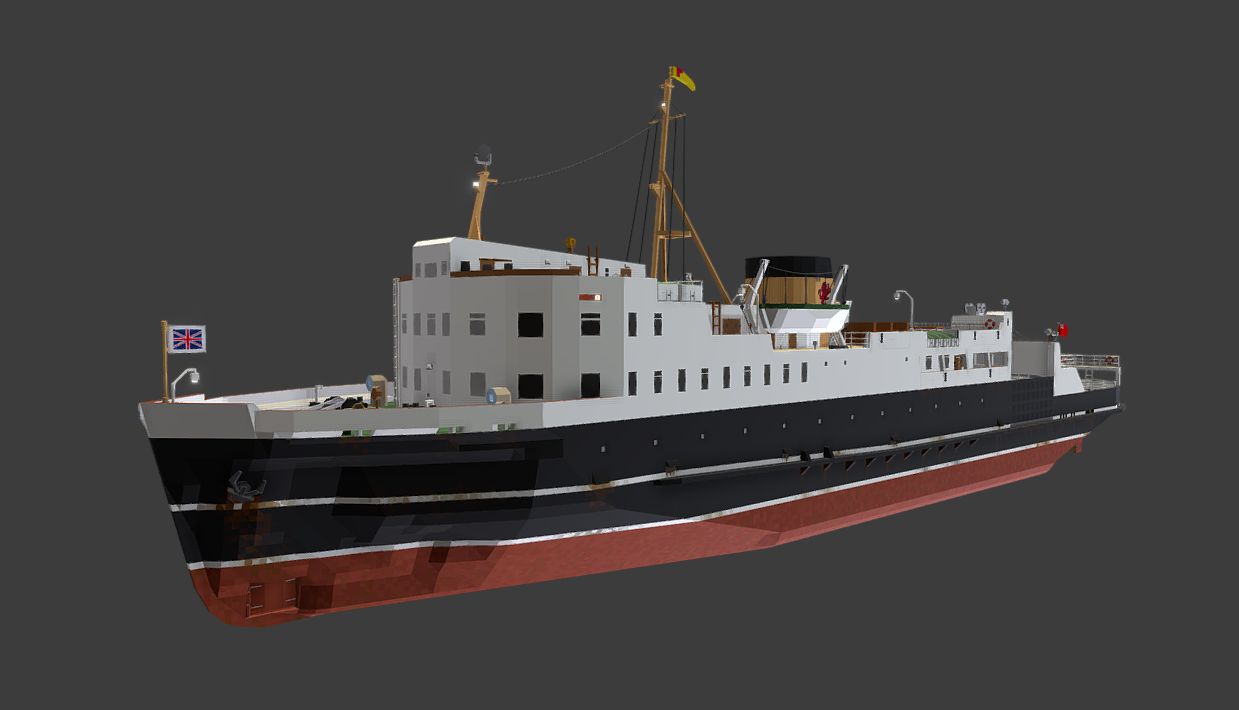 This is a 3D model of a creation that I built in “Stormworks: Build and Rescue” which I modified using the mystical powers of Blender. Although I tried my best to clean it up, the nature of exporting models from video games means that it’s still a bit rough in some areas.

My model attempts to represent the Glen Sannox as she would’ve appeared in her original 1957 configuration, although I took some artistic liberty and added some extra rust on the hull.

I originally completed this creation in Stormworks in July of 2020, but I soon realized that my model was full of inaccuracies compared to the real ship. Using pictures that I found online, I’ve almost completely rebuilt my model to be as accurate to the real ship as possible. It’s not a perfect recreation by any means, but hopefully you guys still like it!