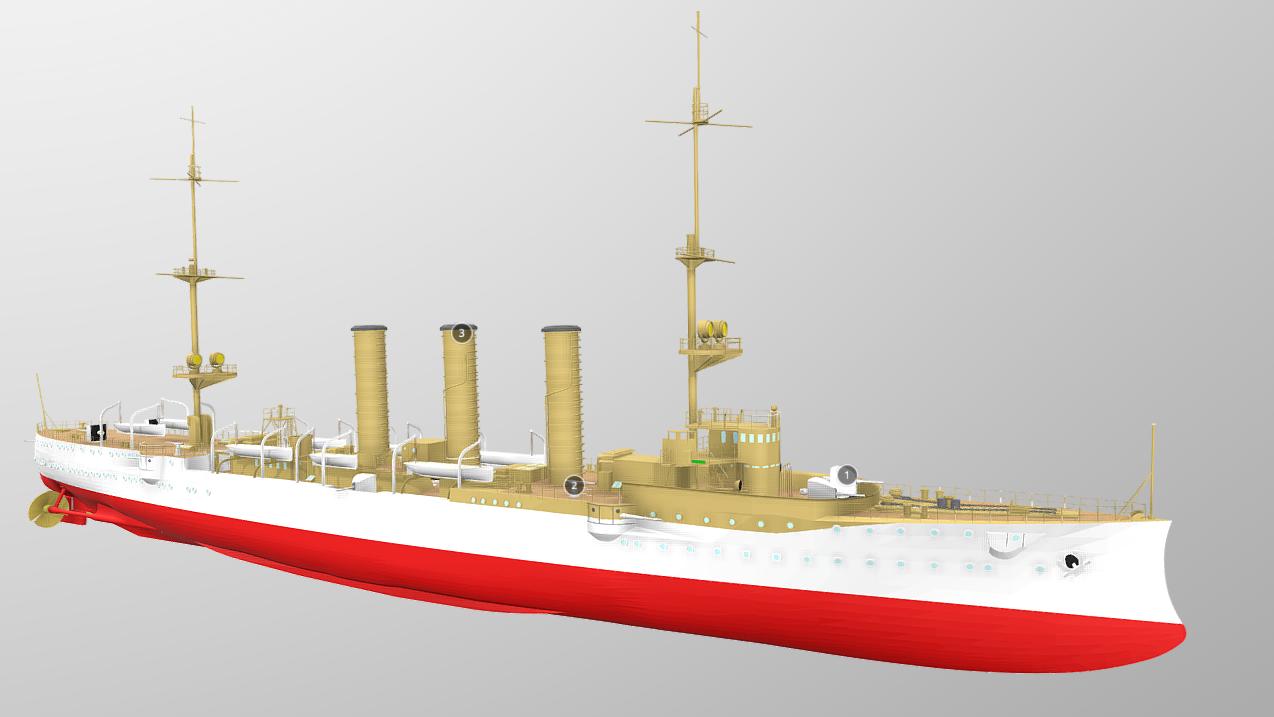 The Emden was a light cruiser built for the imperial German navy in 1908. She was laid down in 1906, launched in midd 1908, and then finally commissioned in midd 1909.During the early stage of her carerer she would see most of her service in Asia and the pacific, where she would also be stationed at the outbrake of ww1.During August 1914 she had managed to capture the Russian steamer Ryazan and then when Britain joined, started harrassing British merchant ships in the Asian theatre, then whilst in the Lombrok straight a dummy funnel was erected in order to impersonate a British cruiser and maintain secrecy.During September she spent her time raiding in the Bay of Bengal with quite a few sucesses ranging from troop ships to merchant ships to attacking Madras.Emden made her way to Penang where she was meant to perform a suprise attack,however the Russian cruiser Zhemchug foiled this plan,but was sunk for its trouble. By November she would enter battle with HMAS Sydney in Cocos, but would be defated and beached.