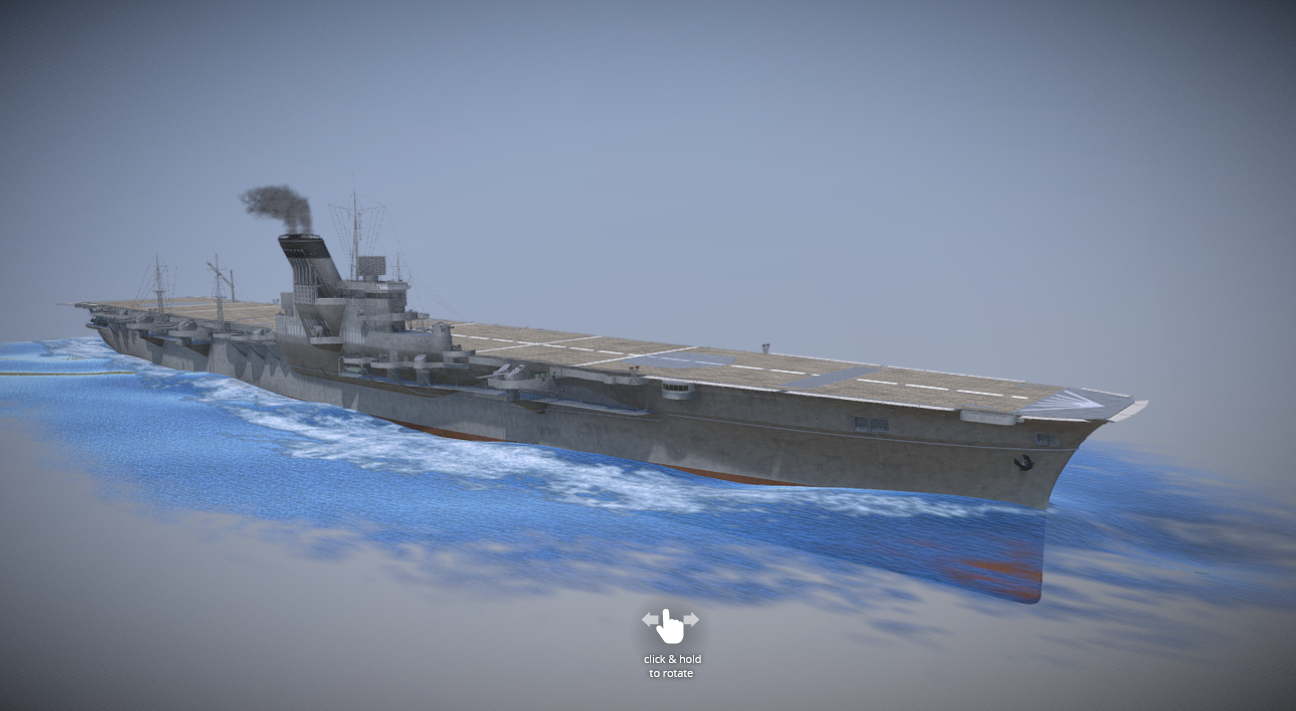 The IJN Taiho was an aircraft carrier of the Imperial Japanese Navy during World War 2. The first japanese carrier with an armored flight deck. She sank on 19 June 1944 (only 3 months after being commissioned) during the Battle of the Philippine Sea due to explosions resulting from design flaws and poor damage control after a single torpedo hit from an American submarine.