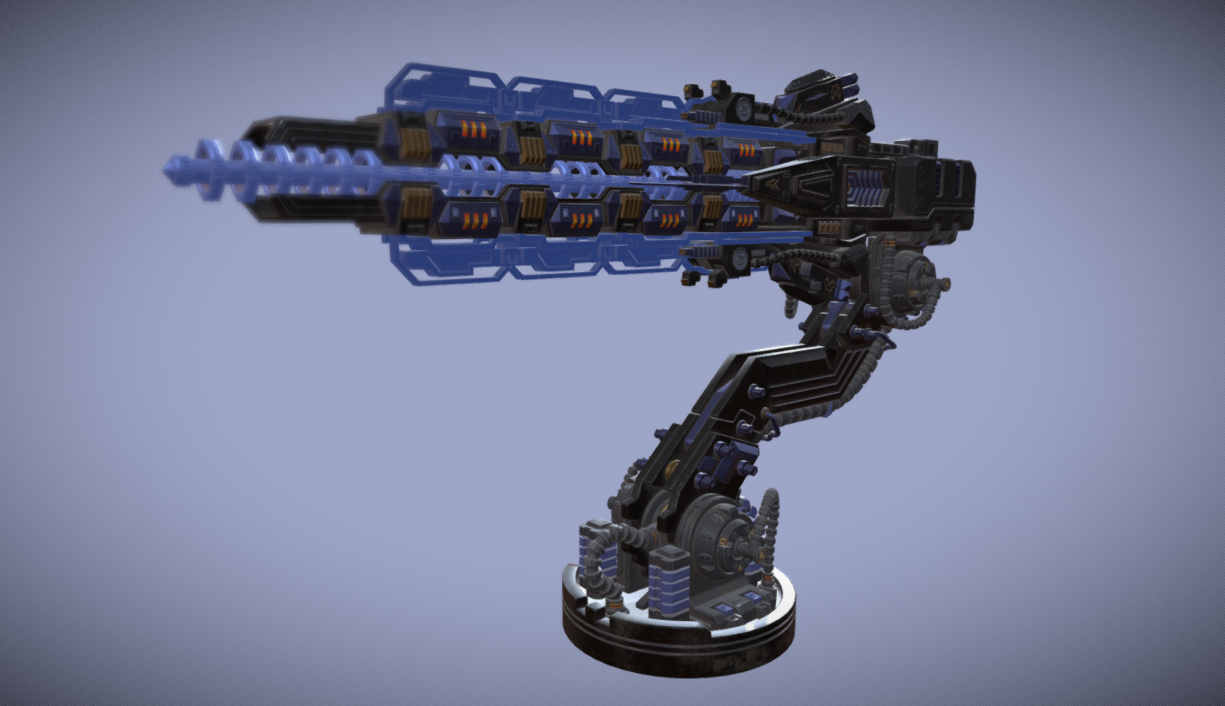 Space Gun is a 1990 first-person shooter arcade game released by Taito. The game is set aboard a crippled space station that has been overrun by hostile alien creatures. The objective is to rescue human crew members while destroying the alien creatures. The game lets the player shoot limbs off the creatures, resulting in blood splatters.