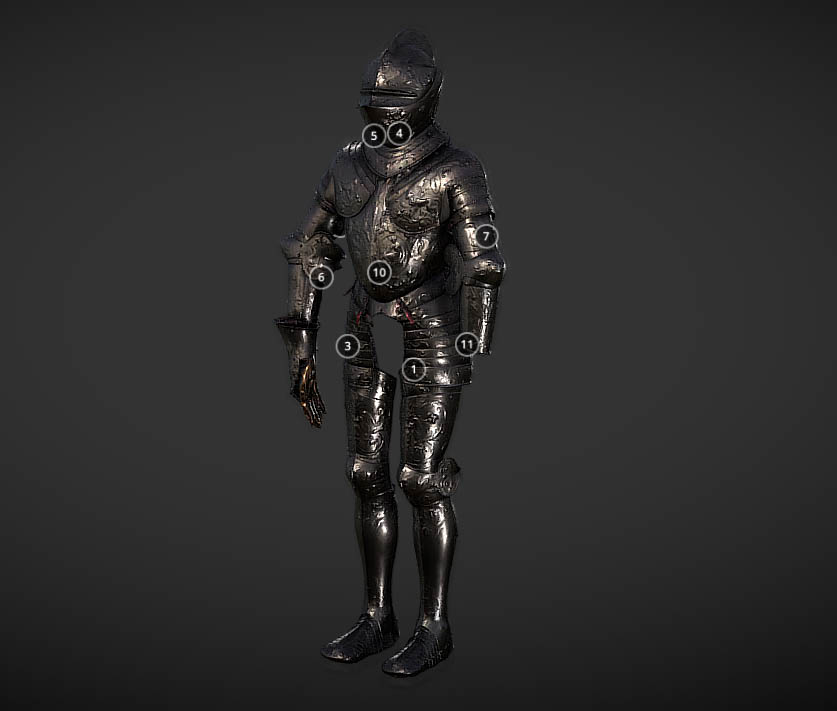 This magnificent armour made King Erik XIV of Sweden look imposingly triumphant. In true renaissance spirit, the motifs on the armour were borrowed from ancient myths, the characteristics of which lent themselves perfectly to the Swedish history and national symbols of that time.

The armour was probably made in Arboga, Sweden, around 1562, from where it was sent to Antwerp in Belgium to be decorated by the goldsmith Elisaeus Libaerts. The opaque gilt ornamentation has been repousséd from the back and chased from the front.

Perhaps the armour was worn by King Erik XIV on 2 October 1564 when, following a military campaign in Blekinge in the South of Swedan, he returned to Stockholm with his military entourage. Whilst winding its way through the streets of Stockholm, the procession was showcasing chained prisoners of war from Denmark, a motif that can also be found on the armour.