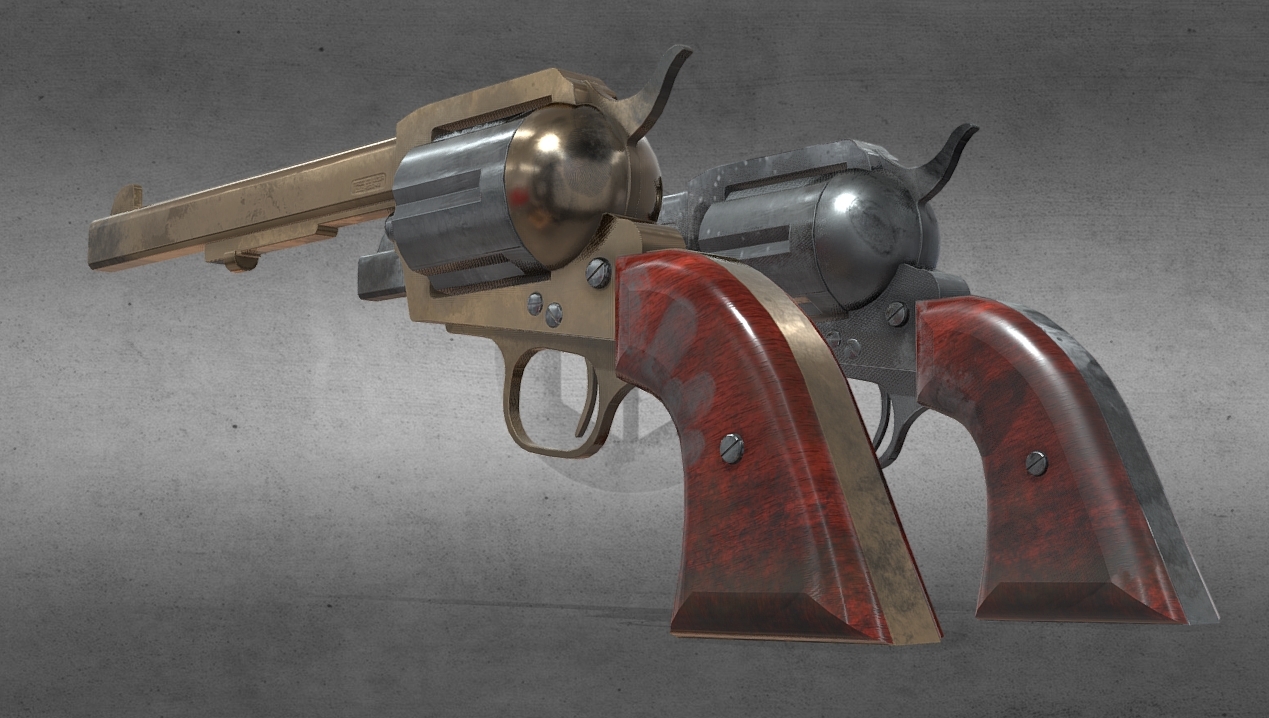 The Colt Single Action Army is a single-action revolver handgun. It was designed in 1872 for the U.S. government service revolver trials of 1872 by Colt’s Patent Firearms Manufacturing Company and was adopted as the standard-issued pistol of the US Army in 1873 until 1892.

This is a low poly 3d model of a Colt Peacemaker that I modeled in Blender and textured in Adobe Substance.

Bad topology as I dug up this model from when I was learning Blender.

The textures are 4k and were made in Adobe Substance.