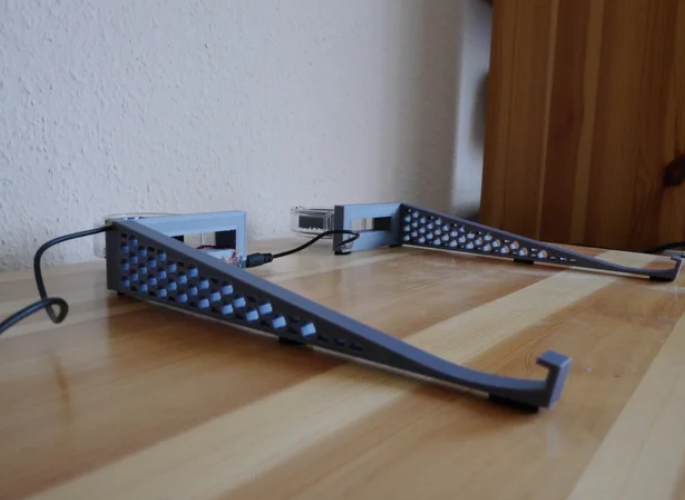 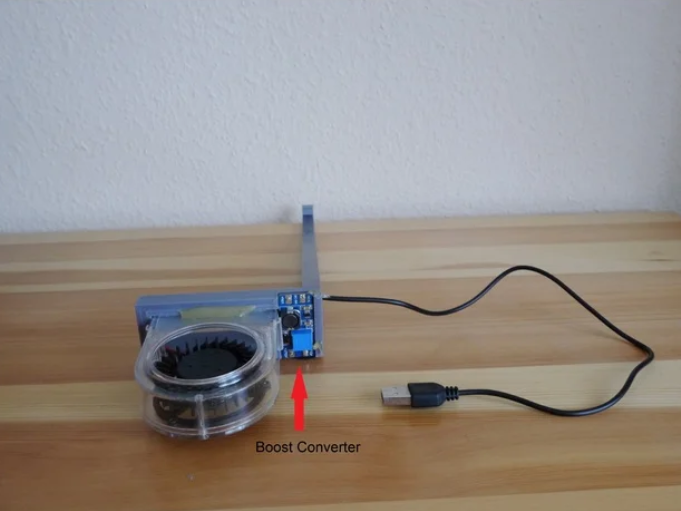 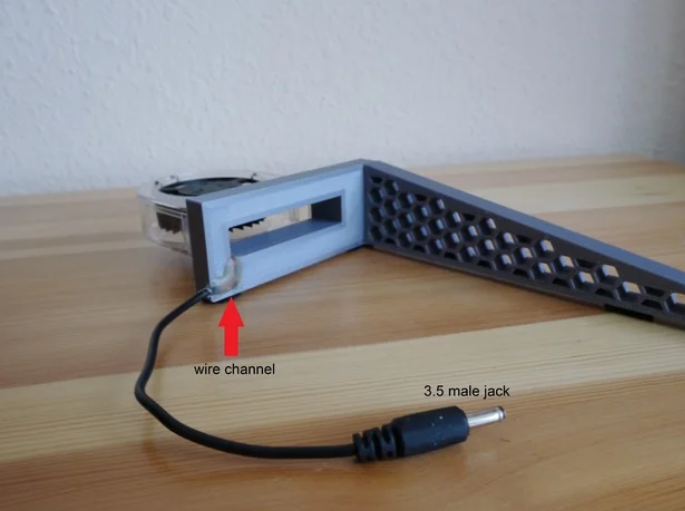 Furthermore it can be used as a laptop cooler by printing out the two included fan clips and gluing them to the stands.

It was designed to hold two of the following fans: ASUS X48 Motherboard Cooler Fan,YD124515MB. Please note that, multiple similar ASUS fans have the same clip dimensions, so not only this model can be used.

As the fans use 12V it was also designed to hold a MT3608-2A boost converter in one of the fan clips.

Since the two stands are separate, they have to be connected via a wire. I used a 3.5mm male and female jack, but it cold also be hardwired.