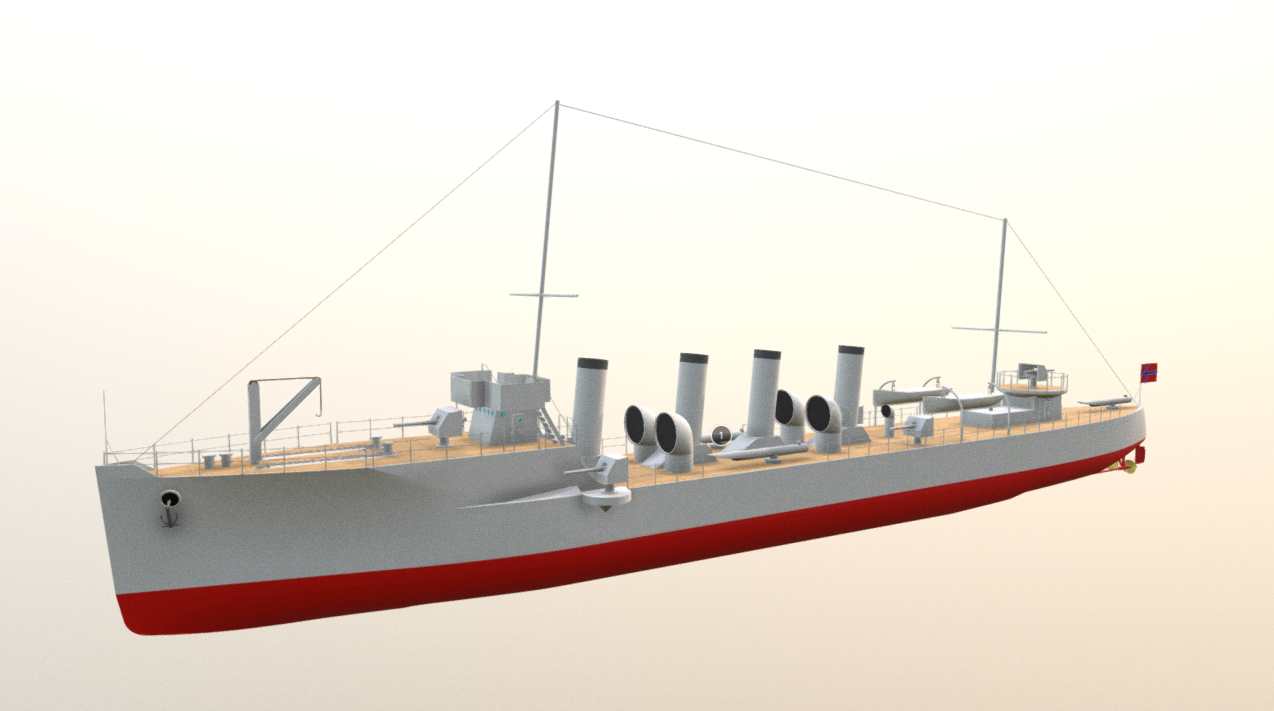 HNoMS Draug was a destroyer built for the Royal Norwegian navy and based on the British River class of destroyers. The Draugs were some of Norways earliest destroyers with 3 in total being layed down, and built at Horten in the south east of Norway during the early 1900’s and launched in the last 1900’s to midd 1910’s. Their careers were very peaceful up until midd 1939 when they were brought out of mothball as war became imminent, and then in early 1940 Germany launched an invasion against Norway. They were in poor condition when they were brought back in and were deemed only suitable for escort and patrol duties, however when the invasion came, Draug and her 2 sister ships were ordered to head to the United Kingdom so they could more effectivly continue the war, however only Draug was able to make it as Garm had been sunk by German torpedo bombers and Troll had been abandoned by her crew.

Draug would continue the war effort until 1944 when she was scrapped and Troll would later be scrapped in 1947.