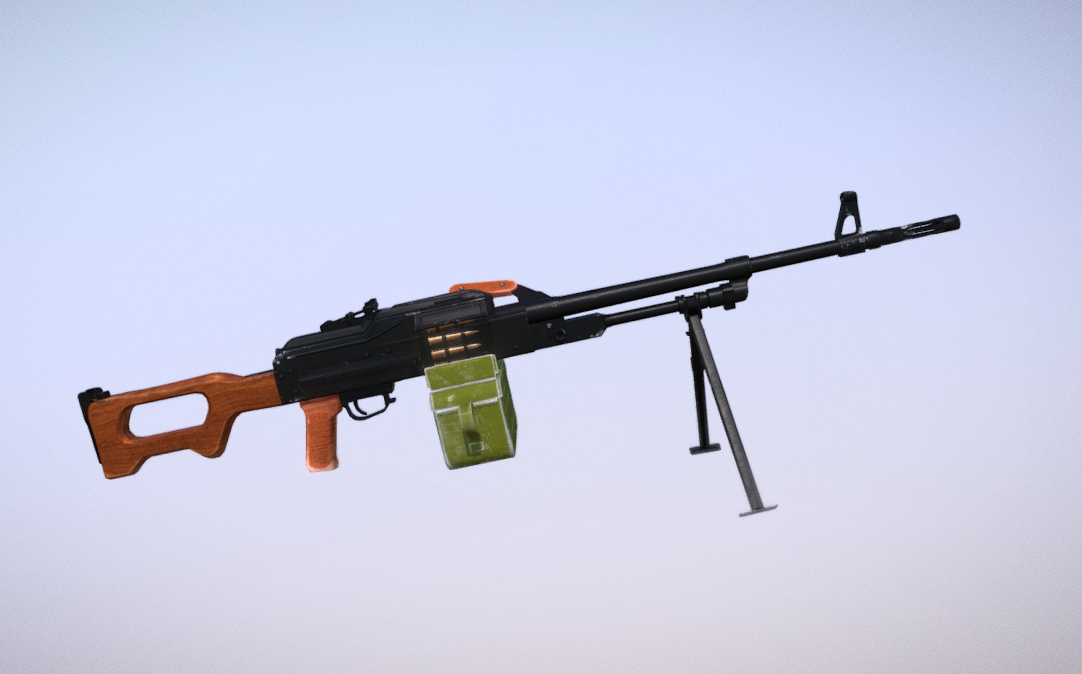 The PKM was adopted into service in 1969. The PKM is a modernized, product-improved version of the PK. The upgrades, primarily aimed at reducing the weight, simplifying production, and facilitating easier operation. The receiver cover became more rigid due to lengthwise ribs. The butt was fitted with a hinged butt-rest. The barrel fluting was omitted and the flash hider was changed. Later on the PKM was equipped with a new black glass-filled polyamide buttstock and pistol grip shaped like the previously used laminated wooden stock and grip.