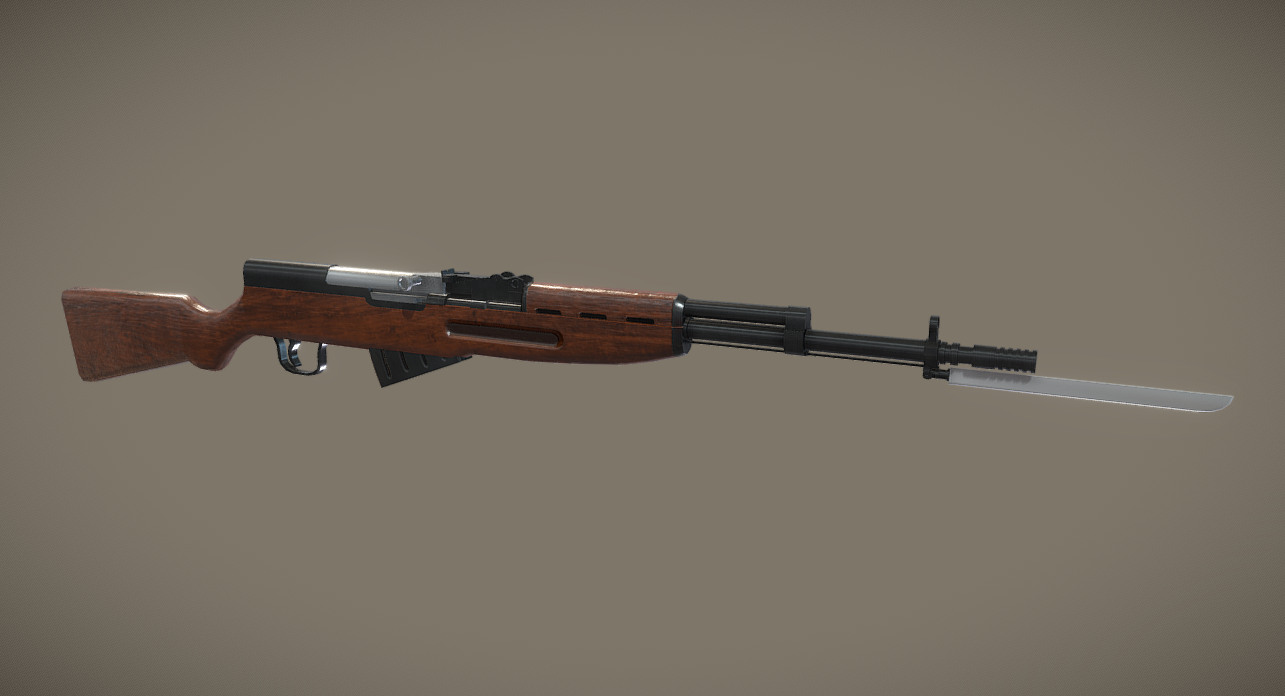 For my 3D isometric shooter, I chose to model a russian sks rifle to match the russian theme of my game. This rifle will be used by enemy goons in level 1 that the player must defeat. Due to its slow rate of fire, it will be less challenging to overcome compared to a rapid submachine gun. Before development I realised high poly detail would not be necessary due to the games isometric camera angle making it harder to see up close. Instead, I focused on producing a more simplified version of the rifle but keeping the general shape to make it recognisable to the player at a glance. Once the model was complete, it was imported to Substance Painter for texturing. Materials were built up to match the look of the real rifle.