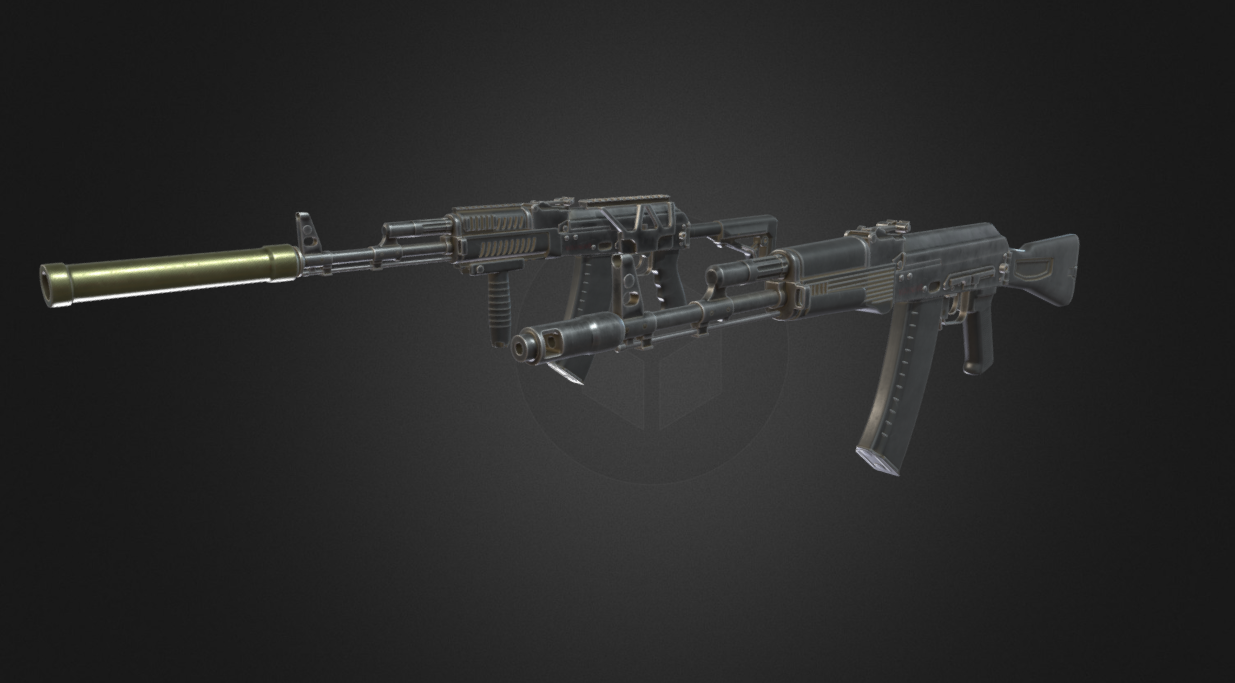 The AK-74 is an assault rifle designed by small arms designer Mikhail Kalashnikov in 1974. While primarily associated with the Soviet Union, it has been used by many countries since the 1970s. It is chambered for the 5.45×39mm cartridge, which replaced the 7.62×39mm cartridge of Kalashnikov’s earlier automatic weapons for the Soviet armed forces.