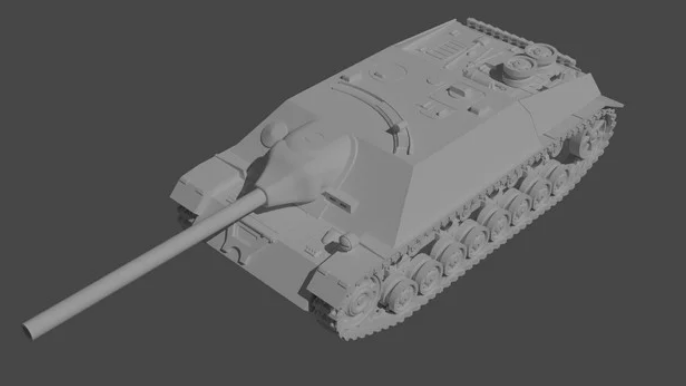 This file involved an extensive rework of the m_bergman Jagdpanzer IV which was designed for printing at 1:100 scale. Almost all exterior details have been remodeled to suit printing at the larger scale including:

In addition, for the track assembly, I have used Tigerace1945’s excellent Panzer IV tracks.

This file has been optimised for resin printing.

The Jagdpanzer IV was built in large numbers by Nazi Germany and used extensively on the eastern front. Built on the Panzer IV chassis it was used as an upgrade to the Stug III.